In Matthew 21, we read the parable of the landlord who sent messengers to his rebellious property manager.  They beat ONE.  They killed ANOTHER.  They stoned ANOTHER.  AGAIN he sent servants MORE than at first and last of all he sent his very own son whom they also killed.  In the end that rebellious manager was destroyed and it is often that part of the story that most people are drawn to.  But what jumps out at me is the incredible persistence and amazing patience of the landlord.

Since the beginning of time, God has pursued humanity with unremitting, persistent and relentless grace.  He has been shunned, kicked, mocked, blasphemed, insulted, cursed, hated and offended and yet, He comes back again extending mercy and space to repent.  For thousands of years, God sent the prophets to Israel with warning after warning; calling them back to the God with whom they had covenanted.  Over and over they rejected these messengers; spitting in their faces and killing them.  Finally God sent His own Son; the ultimate expression of His relentless love.  They tortured and killed him just as they had done to the others and yet one can hear the voice of God weeping through the prophets: “Oh, how can I give you up, Israel? How can I let you go? How can I destroy you like Admah or demolish you like Zeboiim? My heart is torn within me, and my compassion overflows.” (Hos 11:8 NLT)

How often God calls to the prodigal.  How relentlessly He extends grace to the sinner.  His persistence is unremitting.  He says, “Behold I stand at the door and knock…”.  But he does not knock like the mailman who taps twice and then leaves.  He knocks like a child at the door of it’s parents; over and over and over again.  He knocks and knocks and knocks throughout our whole lives.  He speaks to us through messengers, through situations, through nature, through science, through the Bible, through our conscience and through the Holy Spirit.  God is not willing that ANY should perish, but that ALL should come to repentance. To some His persistence is obnoxious, but this is the “Amazing Grace” that we sing about because without this drawing, none of us could ever come to God in the first place.

The Reuben Donnelly Co is one of the largest printers in America.  They are the first ones to create the “Yellow Pages” telephone directories and also specialized in magazines at one time.  They had a machine at their Chicago facility, which was intended to help them to retain their magazine subscriptions by sending out renewal notices to people whose subscriptions were expiring.  One day the machine malfunctioned and produced multiple notices to the same individuals.  In fact, one poor man received a total of 9,734 such notices at his ranch in Powder Bluff, Colorado.  Rather than becoming angry, he got in his truck and drove 10 miles into town and walked into the local post office.  He addressed an envelope to the Reuben Donnelly Co, put his money for the subscription renewal inside together with a hand-written note that read: “Send me the magazine.  I give up!”

Of course one day the knocking will stop and the window of mercy will close, as was the unfortunate end of the property manager in Jesus’ parable.  The Day of Judgment is fast approaching, but if you are reading this right now, there is still hope for you.  How can you resist God’s relentless love any longer?  When will you answer the persistent knocking at your hearts door? When will you throw up your arms and say, “I give up”?  Don’t send yet another messenger away.  Don’t throw yet another opportunity away.  Who knows…this one may be your last. 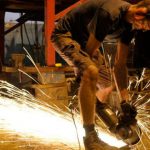 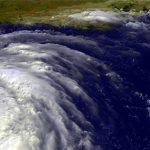