**Check out the pictures at the end of this message… The Roman authorities were concerned about the new sect of Judaism that had sprung up whose radical adherents refused to worship the emperor, choosing rather to worship one God/Man…a King above all Kings.  Tacitus, a Roman historian, echoed the sentiment of his day calling Christianity, “A deadly superstition” and it was the Roman authorities that attempted to eradicate it through public persecution that they hoped would serve as a warning to would-be converts.

It was the very amphitheater, that I visited today, which served as the premiere public venue where hundreds of Christians were burned alive, crucified, and “Damnatio ad bestia” (fed to wild animals) before fascinated spectators.  But the persecution and martyrdom of many early Christians had an opposite effect to what the authorities would have hoped.  Many people saw in these “Christians” singing hymns and worshipping just moments before the beasts fell upon them, a variety of courage, peace, assurance and faith that they had never seen before in their pagan temples.  Where one Christian fell, ten would rise up and instead of being extinguished, the flame of the Gospel spread throughout the region like wildfire.

Looking down into the arena today I imagined what it must have been like for those early Christians to whom we owe so much, and I wondered how it is possible that we, their predecessors, have become so harmless.

I thought about Ignatius, a Christian leader from Antioch, who said when he was on his way to Rome to be executed:

“I feel now that I am beginning to be Christ’s disciple; I desire none of those things which are seen, if so be I may find Christ Jesus. I care not that there come upon me fire, or cross, or wild beasts, or breaking of my bones, or sundering of my members, or destruction of my whole body, yea, or all the torments of the devil, if only so be I may win Christ.”

When he was brought condemned to the theatre, and heard the roaring of the beasts which were to devour him, he felt so strong an eagerness to suffer, that he cried out, “I am Christ’s wheat, and so let the beasts’ teeth be my mill, that I may be ground, and be found to make good bread.” He suffered in the eleventh year of Trajan. What was left of his body lieth at Antioch, in the graveyard outside the gate which leadeth toward Daphne.

~ the book of St. Jerome, on the Ecclesiastical writers

I thought about the incredible words from Hebrews 11:35-38, “…Others were tortured, not accepting their release, in order that they might obtain a better resurrection;  36 and others experienced mockings and scourgings, yes, also chains and imprisonment.  37 They were stoned, they were sawn in two, they were tempted, they were put to death with the sword; they went about in sheepskins, in goatskins, being destitute, afflicted, ill-treated 38 (men of whom the world was not worthy), wandering in deserts and mountains and caves and holes in the ground.

Today’s visit was contrasted sharply against my tour of the Vatican yesterday.  The ornate, comfortable, organized religion that so many know as “Christianity” would have been as pagan to these early followers of Jesus as those of the Greek gods enshrined in the Pantheon just a few miles away.  The generations to follow would inherit a “Church” left powerless and bankrupt by centuries of human perversions and inventions.

It has been said that Thomas Aquinas once visited Pope Innocent II who showed him the exorbitant riches that “The Church” had acquired.  “You see, Tomas”,  said the Pope, “the church can no longer say, ‘Silver and gold I have none.’” Aquinas replied, “True…neither can she now say, ‘Rise and walk’”.

Today we still battle with a version of Christianity that is often influenced more by Rome than by Jesus.  I believe that in these days God is raising up a generation hungry for authentic Christianity; tired of religious nonsense and traditions of men.  The day is coming when we will once again be considered “dangerous” by the system of the age and when we will once again bleed for the Gospel we preach with joy (as so many are already doing around the world right now)! "Temple of Antoninus and Faustina" which was built by Emperor Antoninus Pius in honor of his deceased wife (man...woman are expensive:-) There used to be shops in these windows...it could be considered the first shopping mall in history 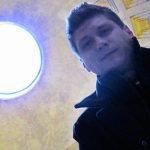 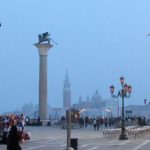