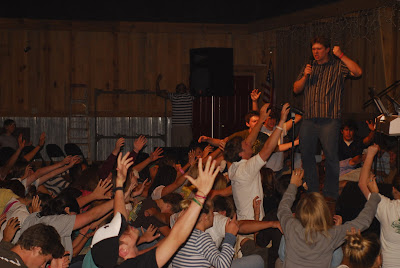 I have just returned from Montgomery Alabama where I was invited by Pastors Greg and Traci Huguley to speak at a youth retreat called “Camp Re-Unite ’07”. I was truly impressed with the level of maturity and hunger in the young people and I believe that it is a testament to the quality leadership of the youth groups that were represented.

I ministered on Monday night, Tuesday morning, Tuesday night and Wednesday night. In each service there was a noticeable rise in the tide of the anointing and level of expectation. On Tuesday night I gave the youth a radical challenge to lay down there lives and answer the call. It was so radical that I thought that only a small handful would respond, but when I gave the invitation (with no eyes closed and no music in the background), the majority of them rushed forward and threw themselves on the altar in reckless abandon. I knew that the Holy Spirit was going to fall on these lives dedicated to Him in a powerful way and indeed, on Wednesday night, the Fire fell. There was hardly an empty spot on the floor at one point and the anointing was as thick as a cloud. 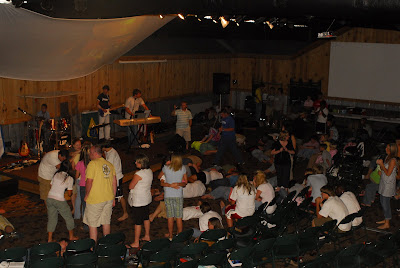 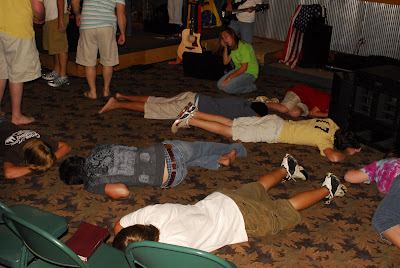 One young man, who had never encountered God in this way before, came to me and said, “I never want this feeling to leave”. Those sentiments were echoed by the enraptured looks of youth that laid and sat in the atmosphere long after the service was over. Several youth testified to being healed, delivered and saved. God is raising up a new generation of warriors and harvesters…Hallelujah!