John 3:16 is perhaps the most well known verse in all the Bible…and rightly so. I am not tired of it…I wish the whole world knew it by heart. It captures the endless wealth of the entire Gospel message in one verse. I have been meditating on just the first statement of that verse today and what inexhaustible riches are there. “For God so loved the world that He gave…” To say, “I love you” is one thing. But to express love through tangible transaction…that is another thing altogether. Love is a matter of action and not words alone. When a man proposes to a woman who he wants to marry, he bends his knee and holds out a diamond ring as a gift. He has said, “I love you” a thousand times before, but this time is like no other. No longer is it simply spoken words, now it is accompanied by a gift that is representative of his very life. Until the gift of life is given, true love has not been fully expressed. 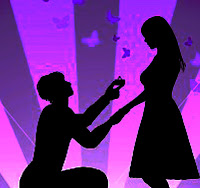 A story is told of a young Catholic, German girl whose father was a printer. He was printing the German Bible that had just been translated by Luther against the will of the Catholic church. One day his young daughter found a scrap of paper that had fallen to the floor in the cutting room. The paper contain words from John 3:16, “God so loved the world that he gave…” but the rest of the verse was missing. She was intrigued by this statement. She read it to herself over and over, “God so loved the world that He gave.” She liked it so much that she kept it close to her heart and read it every day. She was raised to know that God was just, and Holy, that He hates sin and is angry with the sinner, but she had never read that God loved her so much that He gave…although she did not know what exactly He had given. This revelation brought such joy to her heart that she was singing, and her mother noticing the happy little girl asked, “What is the matter with you?” “Oh mother it is wonderful,” she said, pulling out the little sliver of paper. “Read what it says…‘God so loved the world that He gave.’” “Gave what?” her mother asked. “I don’t know, but if He loved me enough that He gave anything at all, I will never be afraid of Him again.”

John says that God loved the world so much that He gave. But what was His gift? A diamond? A kingdom? A planet? A universe? no…so much more. Something priceless and beyond imagination. He gave His Son. And not one of many, but the only one that He had. If you think this was an easy sacrifice think again. God gives us a glimpse into His own pain in the story of Abraham and Isaac. A.W. Tozer describes the scene: “‘Take now thy son,’ said God to Abraham, ‘thine only son Isaac, whom thou lovest, and get thee into the land of Moriah; and offer him there for a burnt-offering upon one of the mountains which I will tell thee of.’ (Gen 22:2) The sacred writer spares us a close-up of the agony that night on the slopes near Beersheba when the aged man had it out with his God, but respectful imagination may view in awe the bent form and convulsive wrestling alone under the stars. Possibly not again until a Greater than Abraham wrestled in the Garden of Gethsemane did such mortal pain visit a human soul. If only the man himself might have been allowed to die. That would have been easier a thousand times, for he was old now, and to die would have been no great ordeal for one who had walked so long with God. Besides, it would have been a last sweet pleasure to let his dimming vision rest upon the figure of his stalwart son who would live to carry on the Abrahamic line and fulfill in himself the promises of God made long before in Ur of the Chaldees. How should he slay the lad! Even if he could get the consent of his wounded and protesting heart, how could he reconcile the act with the promise, ‘In Isaac shall thy seed be called’? This was Abraham’s trial by fire, and he did not fail in the crucible. While the stars still shone like sharp white points above the tent where the sleeping Isaac lay, and long before the gray dawn had begun to lighten the east, the old saint had made up his mind. He would offer his son as God had directed him to do, and then trust God to raise him from the dead…” 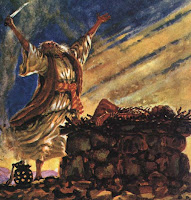 Oh, the agony that must have pierced the heart of God to see His only Son whom He loved so much bleeding and dying between two criminals on Calvary! God rescued Abraham’s Son, but He did not spare His own. He loved so much that He gave.

You might think that to be an evangelist is a boring job. Preaching the Gospel over and over would seem to be a mundane assignment. But I have discovered that the more I preach it, the more I see it, and the more addicted I become to its beauty. It is the love story of all love stories. It is a story that has captured the human heart for 2,000 years in an unprecedented way. Napoleon said, “…Alexander, Caesar, Charlemagne and I myself have founded great empires; but upon what did these creations of our genius depend?  Upon force.  Jesus alone founded His empire upon love, and to this very day millions will die for Him….Across a chasm of eighteen hundred years, Jesus Christ makes a demand which is beyond all others to satisfy; He asks for that which a philosopher may seek in vain at the hands of his friends, or a father of his children, or a bride of her spouse, or a man of his brother.  He asks for the human heart; He will have it entirely to Himself.  He demands it unconditionally; and forthwith His demand is granted.  Wonderful!  In defiance of time and space, the soul of man, with all its powers and faculties, becomes an annexation to the empire of Christ.  All who sincerely believe in Him, experience that remarkable, supernatural love toward Him.  This phenomenon is accountable; it is altogether beyond the scope of man’s creative powers.  Time, the great destroyer, is powerless to extinguish this sacred flame; time can neither exhaust its strength nor put a limit to its range.  This is it, which strikes me most; I have often thought of it.  This is which proves to me quite convincingly the Divinity of Jesus Christ”.

Fredrick Lehman wrote, “Could we with ink the ocean fill and were the skies of parchment made. Were every stalk on earth a quill and every man a scribe by trade, to paint the love of God above, would drain the oceans dry, nor could the scroll contain the whole through stretched from sky to sky.” It is this love that makes the Gospel so irresistible. I don’t understand why anyone would not want it!

I met a young Indian man at one crusade who had been born into a Hindu family, but had become a Christian in the face of great opposition. He told me that the Hindu gods would take from those who worshipped them, but he decided to become a Christian when he realized that Jesus had come to give. What a difference! Other religions and their gods take. Our God, loved us so much that he gave. Jesus…the tangible expression of God’s love; this thought moves me. “Were the whole realm of nature mine, That were a present far too small. Love so amazing, so Divine demands my soul, my life, my all.” (Sir Issac Watts)

Copyright © 2021 | Daniel Kolenda
Nsukka CrusadeUncategorized
UNTO YOU BE ALL THE GLORY!Uncategorized